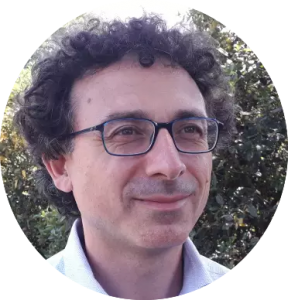 About the Feldenkrais Method

The Feldenkrais Method is an educational method focusing on learning and movement, which can bring about improved movement and enhanced functioning. It is named after its originator, Moshe Feldenkrais (1904-1984), engineer and physicist as well as a Judo master.

The Feldenkrais method is currently receiving a lot of attention from leading neuroscientists like Prof. M. Merzenich.  To quote Dr. N. Doidge, who dedicated several chapters of his fascinating book, "The Brain's Way of Healing" to the method:

Monumental gains, Feldenkrais discovered, are made not by mechanical movement but by the opposite—random movements. Children learn to roll over, crawl, sit, and walk through experimentation. Most babies learn to roll over, for instance, when they follow something with their eyes that interests them, then follow it so far that, to their surprise, they roll over.”

The method can help with...

What happens in a Feldenkrais session?

You are unique, so there are not two identical Feldenkrais sessions!

You will have a brief discussion about what you want from the session. You may need to alleviate some pain, or maybe you want to improve your sports performance, help  your flexibility, achieve better coordination or get rid of tension or anxiety.

Alessandro will observe the way you move in some functional action, like walking, reaching or turning. Using his hands he will establish a non verbal "conversation". You will be generally on a low padded table, fully dressed. Through gentle touch and slow movements Alessandro will clarify your habitual way of moving, and holding yourself in space. Maybe, the position of your shoulder affects the mobility of your arms or maybe your feet are not fully supporting your weight.

During this movement "conversation" Alessandro will access your neuro-muscular and muscolo-skeletal organization and he will safely guide an exploration of different and possibly better organization of your movement. This process will immediately change your muscular tonus bringing it where needed and reducing superfluous effort if present.

Alessandro’s role will be to help and assist this exploration, opening up possibilities that will be taken on board by your neural system only if they provide a better and more efficient way of performing an action.

Learning a new posture is not something that we can impose on ourselves, and usually if we do so we only transfer tension from one place to another.

Learning a new organisation produces very subtle change that with no conscious effort will move you away from patterns of movement that may cause you pain or discomfort.

This will also affect the way you will carry out actions in the world surrounding you.

Actions will be simpler and more fluid and effective.

At the end of the lesson you will discuss ways of maintaining the changes.

Alessandro started to practice the Feldenkrais Method® in his mid twenties as a personal investigation; At that time, he was about to complete his master degree in Physics in Italy and he was fascinated by consciousness, the brain and human vision. Serendipitously, he found a Feldenkrais lesson, he tried it and the effect was so amazing that he wanted to understand better the "magic" behind the method.

Alessandro continued to study the Feldenkrais Method® and attended Feldenkrais classes during his PhD in condensed matter physics in France. He has continued to practice and study the method for the last twenty years alongside his scientific activity.

Alessandro always desired to take the final step to train as a Feldenkrais practitioner and he finally did!  As a scientist he considers the Feldenkrais approach to human movement and learning the most sophisticated and complete one available to date.

The Feldenkrais comprehensive approach encompasses the role of the nervous system, its plasticity, developmental and autonomous aspects, the role of the gravitational fields as an external force as well as aspects of the internal constraints dictated by the skeletal body mechanics.  It is not surprising therefore that the method is gaining amongst the new generation of neuroscientists.

Alessandro is a member of the Feldenkrais Guild and abides by their Code of Ethics and Professional Conduct. This includes all teaching and practise of the Feldenkrais Method, Awareness through Movement, Functional Integration or any other form, including lessons given without payment of any kind.

Alessandro is fluent in English, Italian and French.